Why You Need Vagrant ?

For system administrators, Vagrant can be boon as they provide them with a disposable environment, where they can test all their infrastructure management scripts. Before deploying your scripts on remote clouds like AWS or Rackspace, they can test shell scripts, Puppet modules and then test it on the cloud using the same workflow used earlier.

How to Install Vagrant on Ubuntu Linux?

To setup Vagrant, all you need is a dedicated server to gain complete control over the server and also an SSH client like Putty.

Install the Virtualbox and dkms:

Virtualbox is used by Vagrant to manage the virtualization and hence make sure to install Virtualbox before Vagrant is installed.The dkms package helps in making sure that the Virtualbox host kernel versions are updated when the Linux kernel versions gets updated.

Vagrant can deploy multiple development environments in a jiffy. To download the vagrant image (Ubuntu 16.04 LTS), use the following command, that will download and install xenial64 box from the website of vagrant. This xenial64 box is a completely packaged image that helps in provisioning Ubuntu 16.04 VM instances

Above command will download Ubuntu 16.04 LTS vagrant box under the “.vagrant.d/boxes/” in your current working directory. This vagrant box will be globally available for all the projects for currently logged in users, In my case ‘linuxbuzz’ is logged in user.

Now make a directory for your vagrant project, Let’s assume i want to test ubuntu 16.04 vagrant box for my testenv

Now create a vagrant file that will be the primary file that helps in controlling the project configuration.

Above command will create a file with name “Vagrantfile” in your project folder. 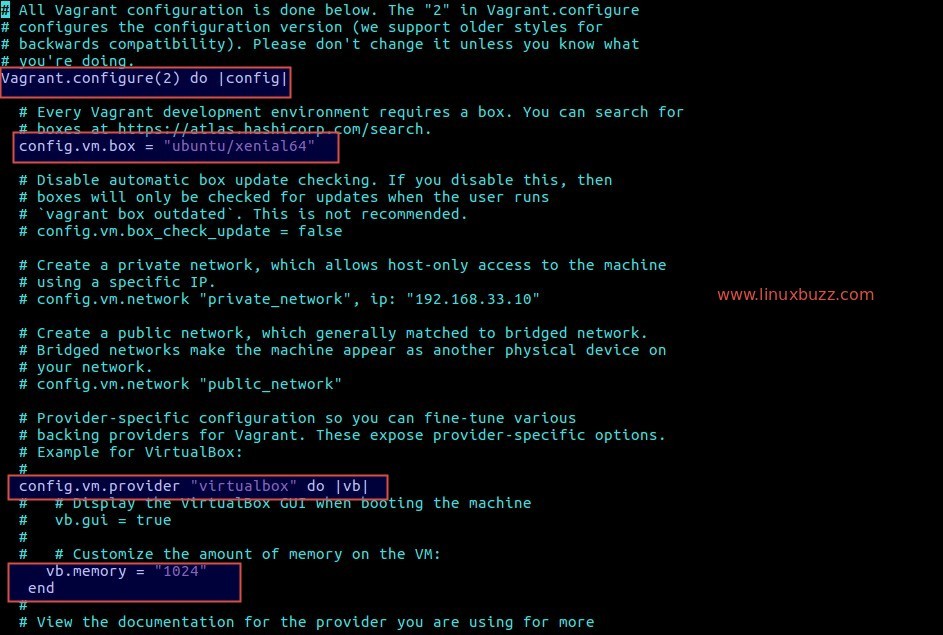 And you’ve successfully downloaded and installed Vagrant with Virtual Box in an Ubuntu Environment. With Vagrant at your disposal, you can easily create and manage multiple virtual environments with just a single command.

When we run ‘vagrant up’ then it will automatically create one virtual machines bases on parameters specified in Vagrant file. 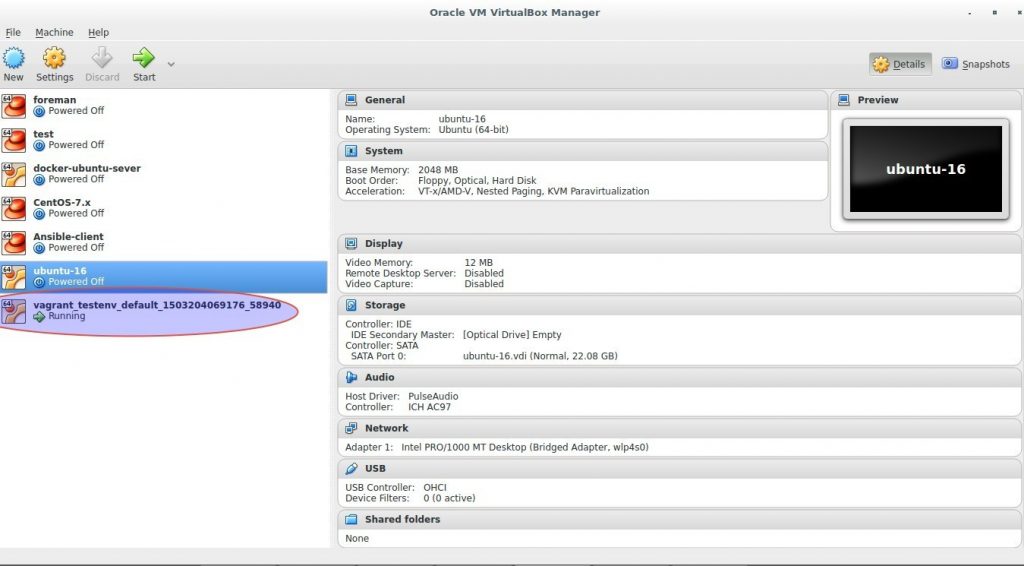 Status of a Virtual Machine

The status command provides the status of the virtual machine

To get the ssh console run ‘vagrant ssh’ command

Shutdown of a Virtual Machine

The halt command shuts down or halts a virtual machine

Destroy of a Virtual Machine

If you’ve setup a virtual environment just for testing some scripts, you can destroy the virtual machine after all your testing is completed using the destroy command

That’s all from this Vagrant guide, Please share your feedback and comments